Mehndi is the oldest form of body art, which exists even now. It refers to the henna plant and dates back to the Vedic period. There are traces of using mehndi in the process of mummification too. It is believed that Cleopatra used mehndi to paint her body. In India, mehndi plays an important role in weddings. It is applied to both the bride and groom as per the tradition. It is believed that the application of mehndi is a good sign.

Wedid is one of the top wedding photography experts based in Chennai. We have been capturing human emotions, expressions, rituals and traditions in its most natural form all through our 10-year journey in candid wedding photography. We believe in letting you enjoy your special day without being forced to pose artificially for pictures.

Mehndi is popular among all communities in the country. When it comes to weddings, it is a vital pre-wedding ritual. Also, mehndi ceremony is a major opportunity for wedding photography experts in Chennai. Not only in India but also in other regions including Nepal, Bangladesh, Pakistan and Arabic nations.

Significance of mehndi in wedding ceremony in Chennai

Moreover, mehndi has many medicinal properties. The henna herb is considered beneficial for the body and these benefits are,

As a result, the bride who gets the mehndi done for her wedding will be protected against viral diseases before the special day. Also, the bride and groom will be relieved from wedding stress. Besides all this, it is definitely an occasion of fun and frolic and the same is not ignored by wedding photography experts. 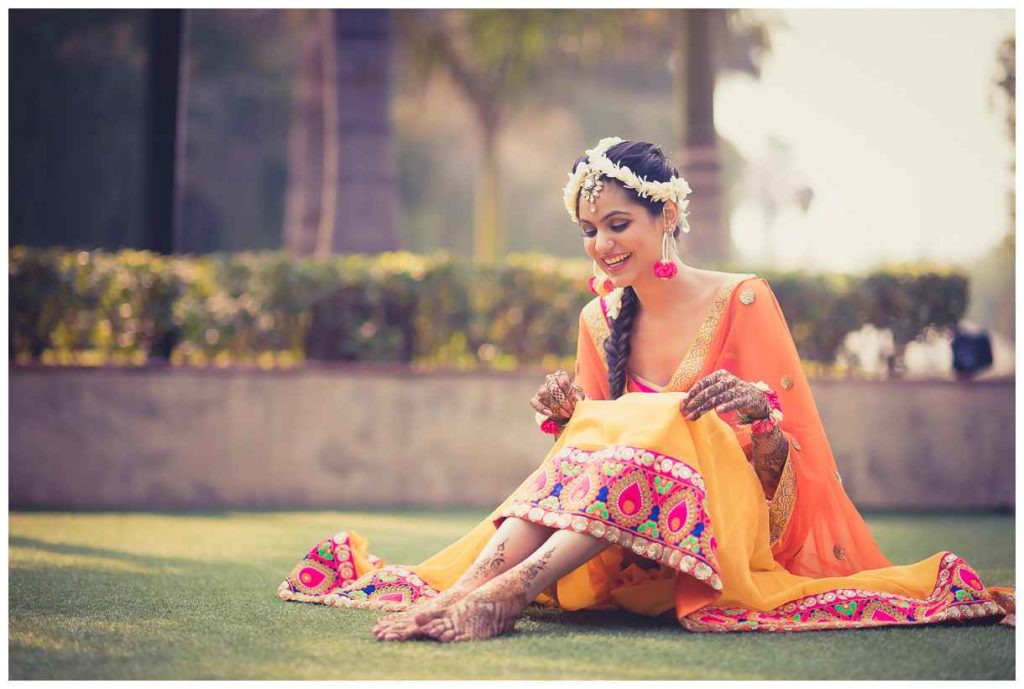 While mehndi has been playing a vital role in Indian weddings for ages, modernization has left an impact on it. With modernization, there are many additions made to mehndi ceremony in weddings. There are changes in the pattern and design with Rajasthani and Arabic designs becoming popular. Also, there are mehndi designed that are applied using ornaments and designs involving sparkles and crystals. Each design has high levels of intricacy and is meant to make the bride stand out from the crowd. However, it is the bride’s choice and she decides what design she actually wants.

Though the cultural and traditional essence is still attached to mehndi ceremony during wedding celebrations, it has undergone some changes with the modernization and modern concepts. And, these are always welcome by the brides of today’s generation. As a part of this transformation, people throw a big party for mehndi ceremony and arrange for wedding photography experts to capture the moments. After all, they take so much efforts to ensure the memory is lasting and cherishable for a lifetime. So, it is important to have photographers to capture the ceremony and the wonderful moments of the bride’s blush and family members having a get-together.

Mehndi ceremony is all about enthusiasm and fun. It is like a pop of light amidst the hectic wedding preparations. This ceremony changes the mood of both the bride and groom and their families and adds a peppy mood that gives them a sense of relief. To give the best feel to the ceremony, it is important to add attractive mehndi décor and design. The décor comprises of bright and vibrant colors such as yellow, pink, blue, green, orange and magenta across the venue in the form of floral elements, perky installations, live performers, photobooths and fabric awnings.

You can also hire experts at handling pre-wedding photography in Chennai for the best photos and videos of your mehndi ceremony. There are several things that you can consider to keep the venue of the mehndi ceremony lively. It is always important to have a great setup with necessary decorations to make it look stunning and leave a lasting impression on guests and make it a memory to cherish.